First installment of the project was asolo exhibition held at Bergen Kunsthall, March 2013.

Included several separate and combination of works and three performances held in the exhibition space:

"the Ligetizer" (instrument with 6 metronomes)

Every ten days another language disappears—at the present rate about half of the world’s 6000 languages will disappear in the course of a few generations. What is lost when a language dies is a many-faceted issue which can be viewed in several perspectives, for example cultural history, linguistics and the philosophy of language. With a background in art, music and philosophy, Espen Sommer Eide has taken various approaches to the phenomenon.
His main interest is in the complexity of the processes behind the destruction, evolution and creation of languages.

The archiving of languages can function as both a destructive and a creative process. One of the works in the exhibition revolves around how linguistic structures are stored in a collective consciousness, and how in certain cases the voice can neutralize the destructive power of time and memory. The sacred Vedic texts of India have been passed down through generations (since 1800 BC). Despite exclusively oral transmission their content has been preserved word for word thanks to the special way in which they are recited, in complex paralinguistic patterns.

In the exhibition the theme is also dealt with from a purely aesthetic point of view. For example is there a unique aural imprint embedded in all languages, and can such an aesthetic aspect be separated from the knowledge-bearing and identity-forming aspects? What is the sound of a dead language and can it be revived? When Edison invented the first recording apparatus for sound, the phonograph, it was quickly seen as a medium not primarily for reproducing music, but for listening to recordings of voices from people who had passed on. The voices from the phonograph were experienced as voices without bodies, as spirits in space. Through deconstructions of language and the voice Sommer Eide deals with issues such as the boundaries between living and dead languages, between meaning and sound, and between linguistic-metaphorical structures and the musical organization of sound. In addition to the exhibition, the project consists of a series of performances with a point of departure in self-made instruments (“Philosophical Instruments”). 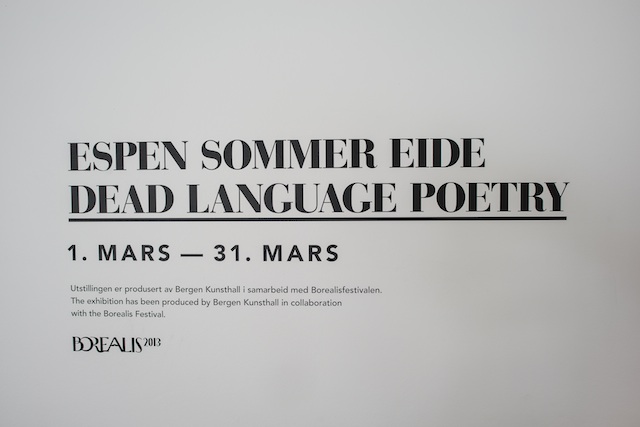 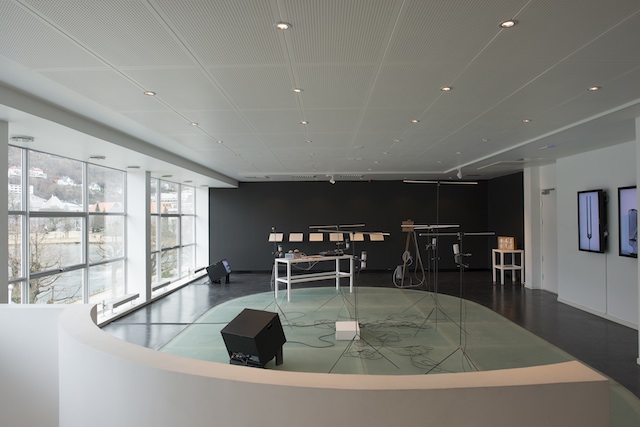 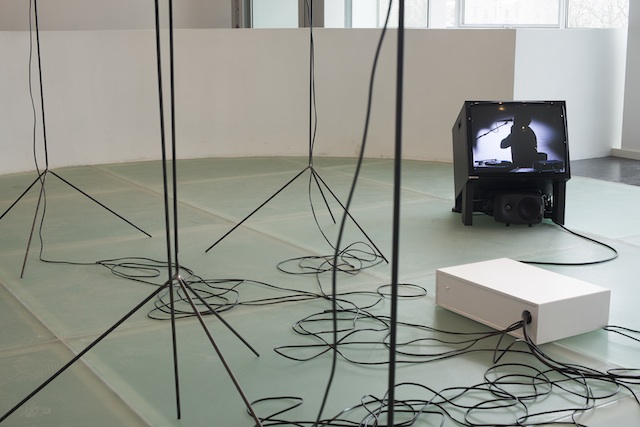 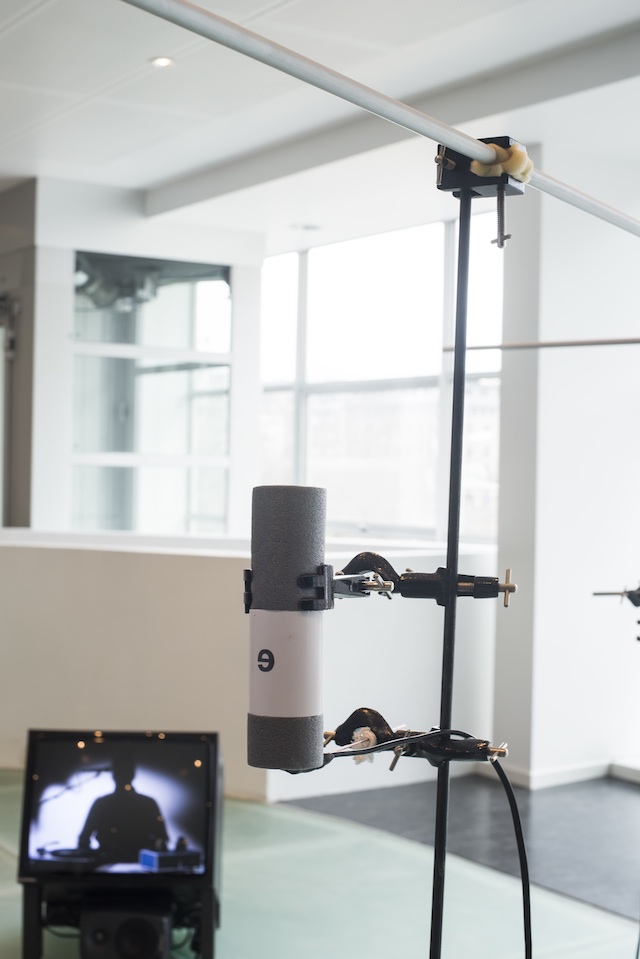 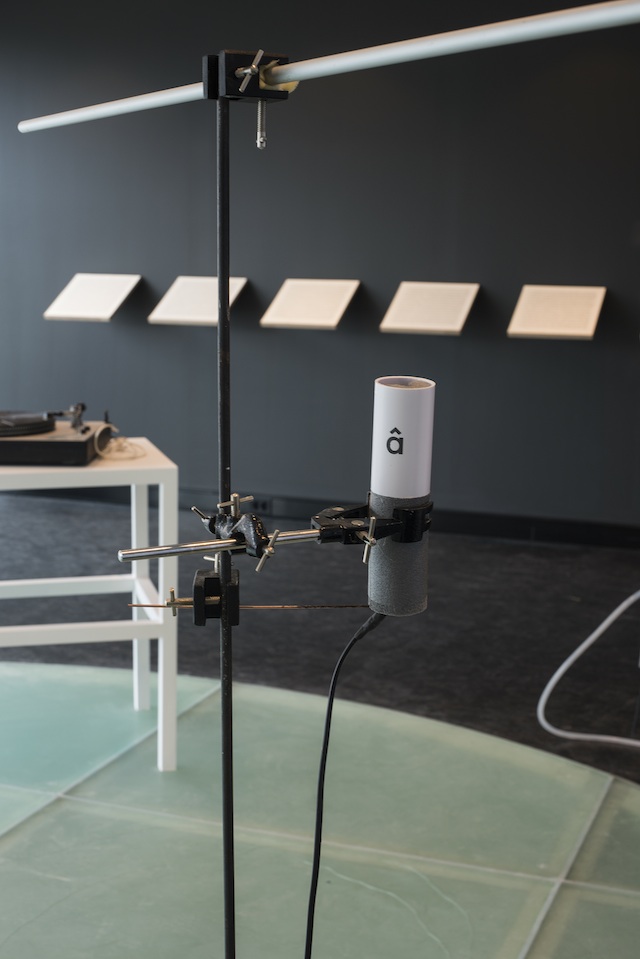 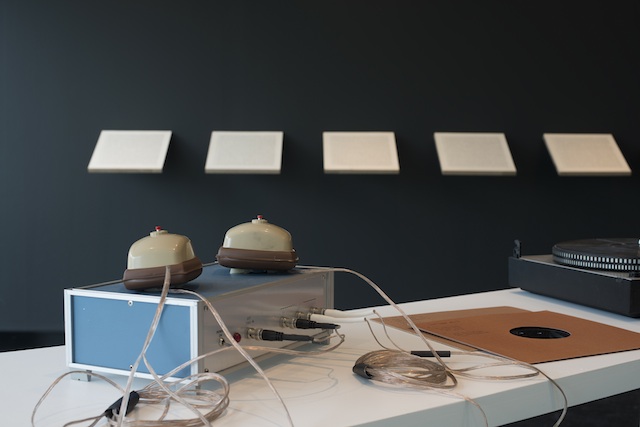 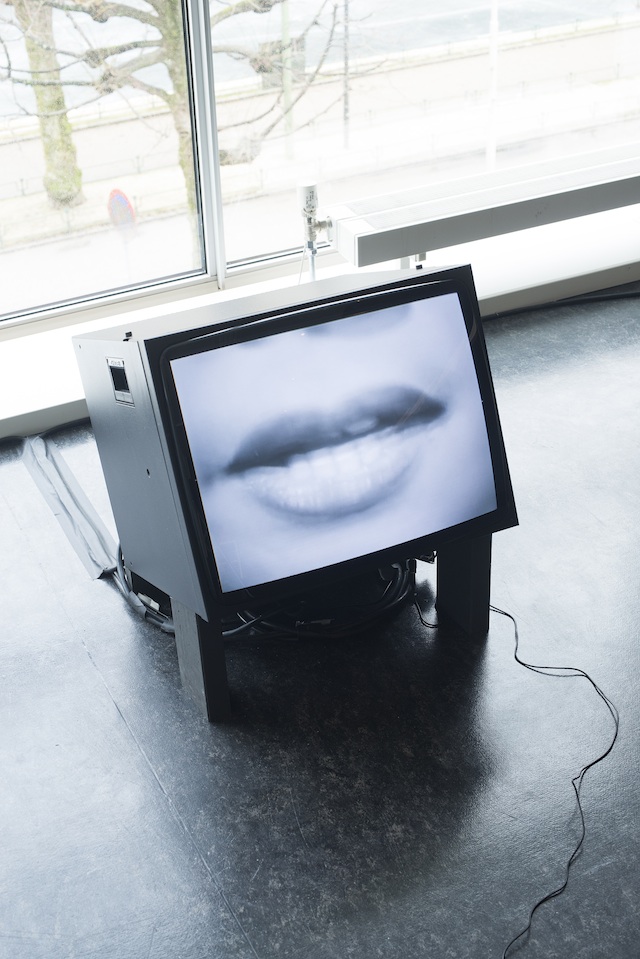 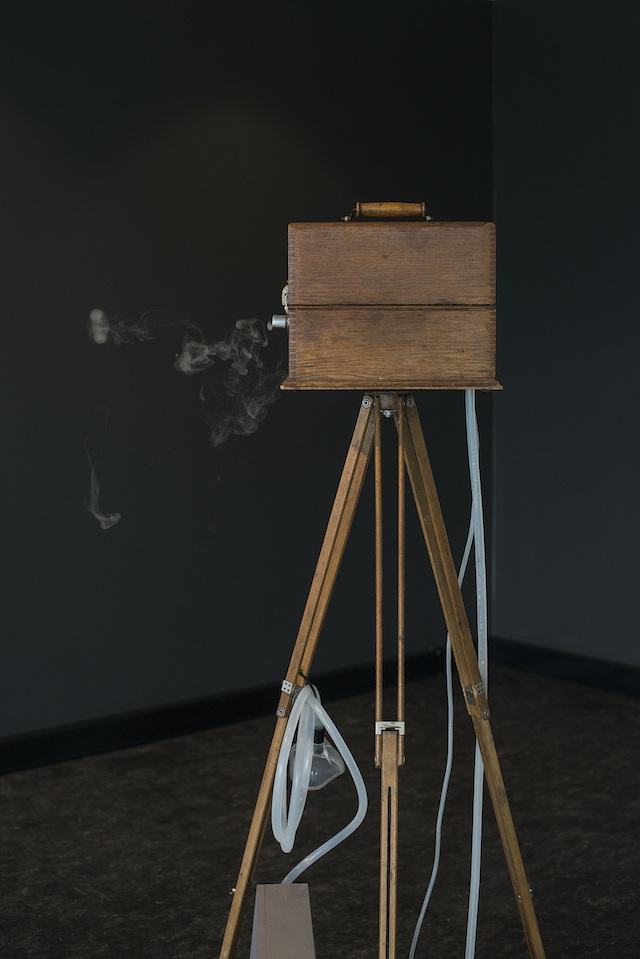 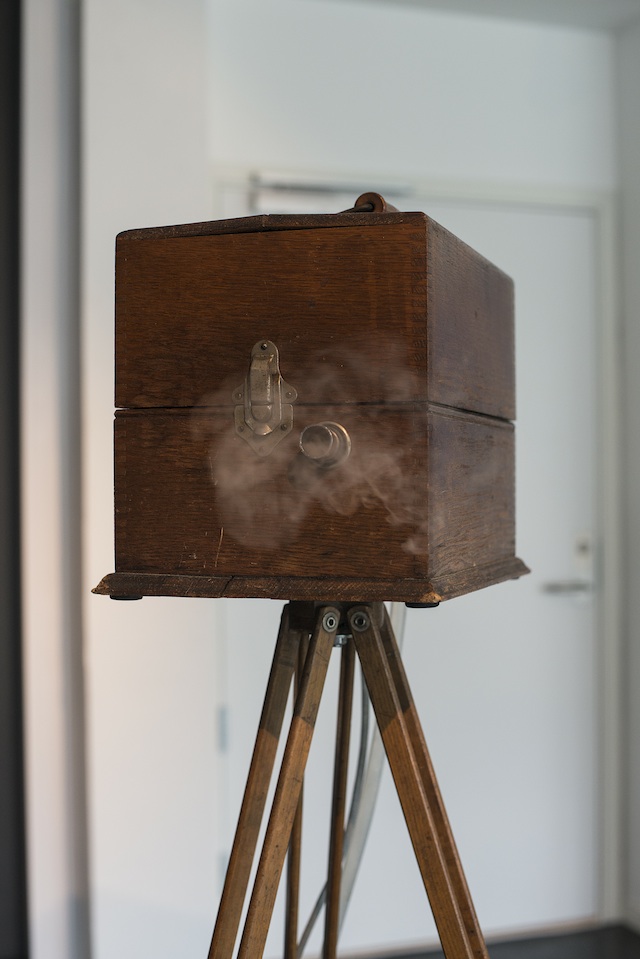 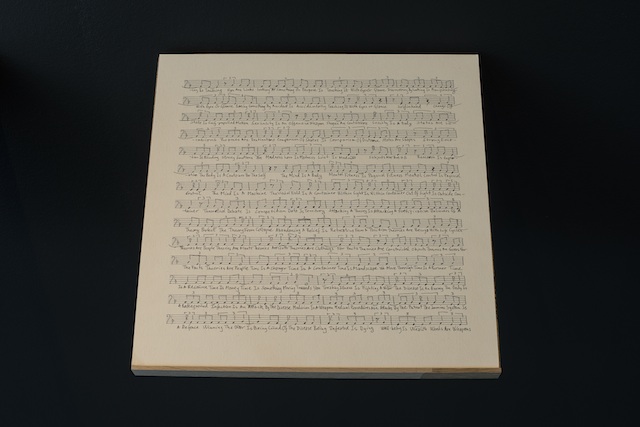 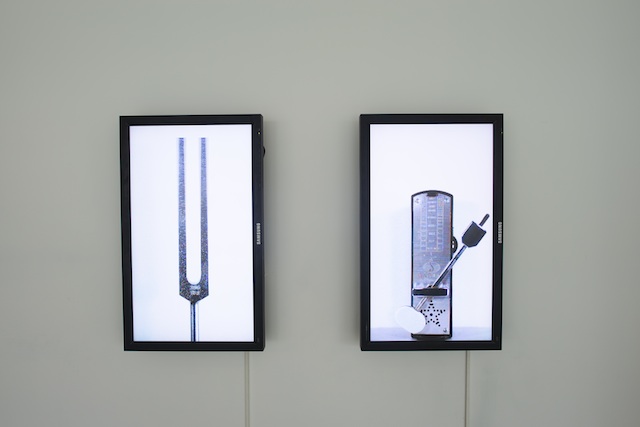 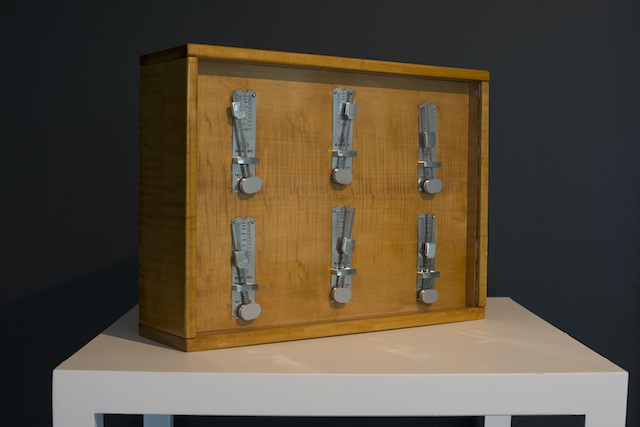 All photos by Thor Brødreskift


Voice artist Trine Hylander Friis interpretation of a composition by Espen Sommer Eide.
The melodic structure is based on the indian Vedic recital tradition. The list of metaphors used as a “libretto” in the piece, is a system of conceptual metaphors based on Lakoff and Johnsons book "Metaphors we live by" (1980). Some would even go as far as to say they are a universal system of the way we think. 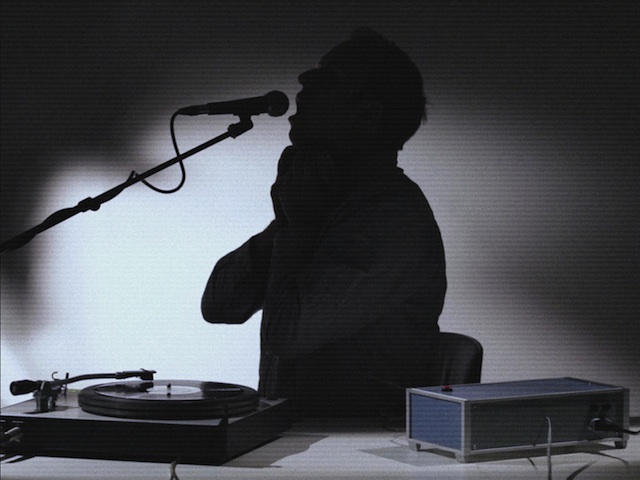 My work 'Dead Language Poetry' will be exhibited as part of the group exhibition 'Dread - fear in the age of technological acceleration' curated by Juha van 't Zelfde and will exhibit at De Hallen Haarlem 6.9-24.11 2013. I will perform the companion musical performance live at the opening 6. September.

The work aims to re-animate the voices of dead languages through a specially built apparatus than channels recorded voices from a vinyl record into my larynx.

This was also developed into a performance for the radio festival Radiophrenia in Glasgow 2017. 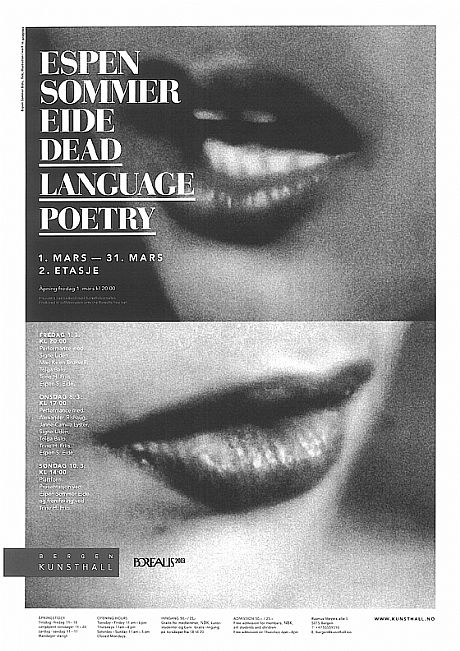 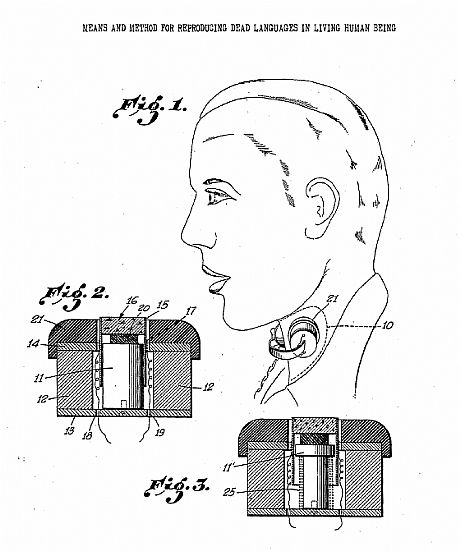 BEK has released this ebook I wrote for apple iBooks.

This text is based on a lecture for the Platform series at Bergen Kunsthall 10. February 2013. Doing research for my exhibition “Dead Language Poetry”, first installed at Bergen Kunsthall /No. 5 in 2013, I sifted through a vast range of subjects regarding language, some of which made it into the works of the exhibition – others fell into the background web of inspiration. Included is also sounds from the playlist intervention and the video of the performance of the work: Structural metaphors recited in the vedic style.